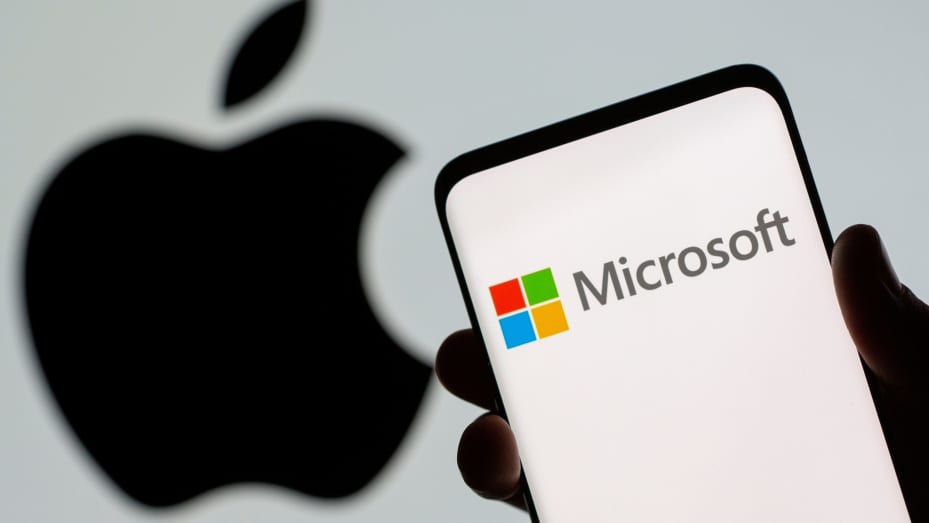 Microsoft had a market cap of nearly $2.49 trillion at market close, while Apple’s stood at about $2.46 trillion.

Sales of iPhones at the company were up 47% year over year but also fell short of analyst expectations. The company’s fourth quarter only included a few days of iPhone 13 sales.

Microsoft beat revenue expectations in its fiscal first quarter, which climbed about 22% year over year. That was the fastest growth since 2018, CNBC previously reported.

Apple was the first company to reach a $1 trillion and $2 trillion market cap. It became the world’s most valuable publicly traded company when it surpassed state oil giant Saudi Aramco in market cap last year.

Microsoft last topped Apple in market cap in 2020 as the coronavirus pandemic wreaked havoc on supply chains. It first closed above a $2 trillion market cap in June after revealing the first major update to Windows in more than five years.

At market close, Microsoft’s stock was up more than 48% year to date, while Apple’s had risen almost 13%.

This news is developing. Please check back for updates